This is a collaborative project with the Vancouver International Film Festival (VIFF) —one of the five large largest film festivals in North America. VIFF offers 16 days of featured and short films, VR conferences, creator talks, and exhibitions — which means more than 500 events and 130,000 visitors during 16 days.

This challenging project is based on redesigning VIFF by moving forward from a limited-functionality app kit to a more professional app in which scheduling and purchasing tickets are the main features.

As a UX/UI Designer, my team and I conduct the user research by making interviews and surveys. Then, we work on the planning part by wrapping the research on an affinity diagram and simplify the user flow and the information architecture. We prototype , create the visual design and conduct the user testing. 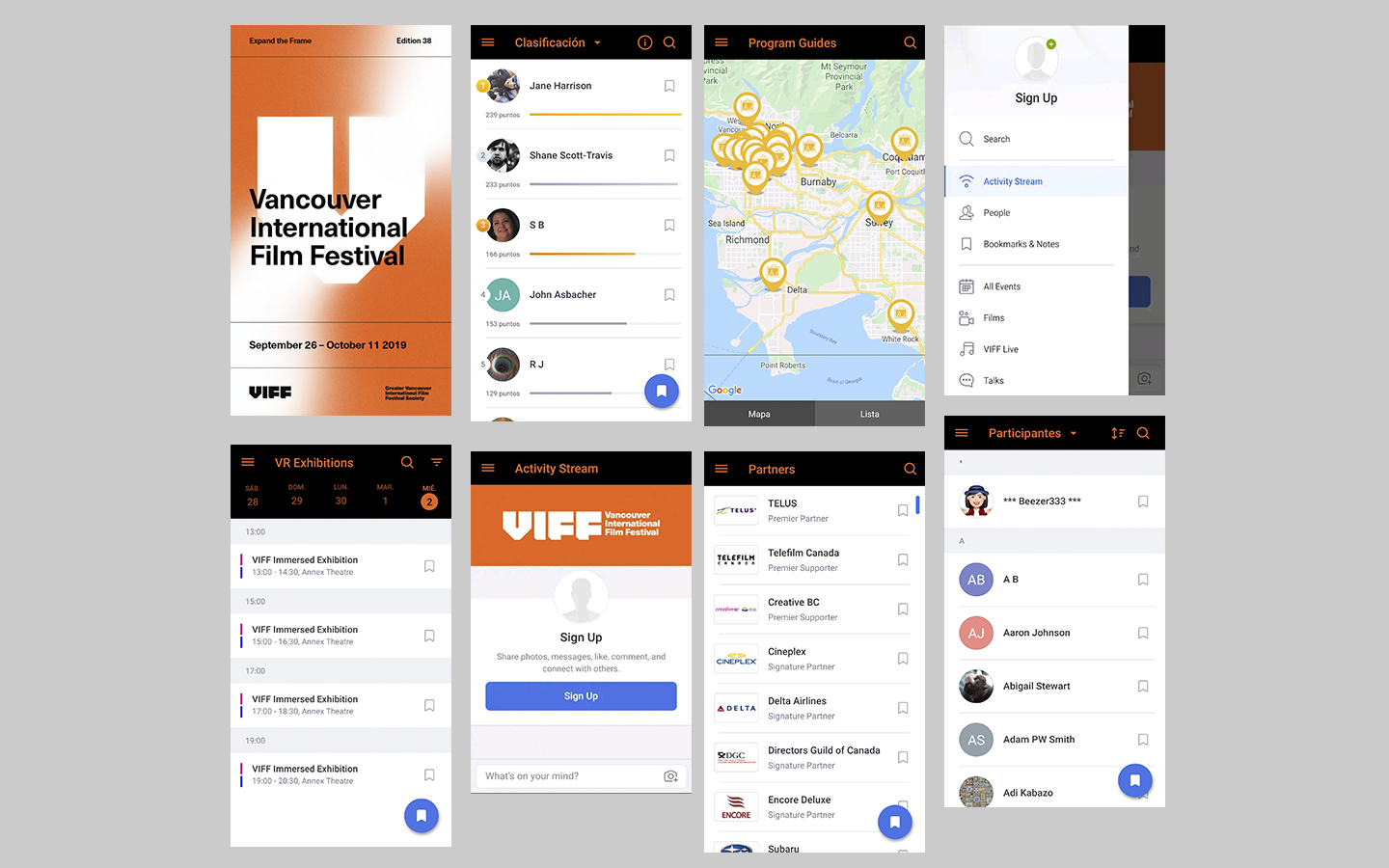 The research shows that users wouldn't be able to create their own schedule which is key due to the variety of movies you can see at the festival. This feature is really important because the user persona consider themselves as a film enthusiast who purchase several tickets for the festival movies. In addition, they can't buy these tickets in through the app, just only through the website.

Because the app is an app kit, users has to download a new app every single year. The app has lack of information because the users have to consult external sources to get more information. 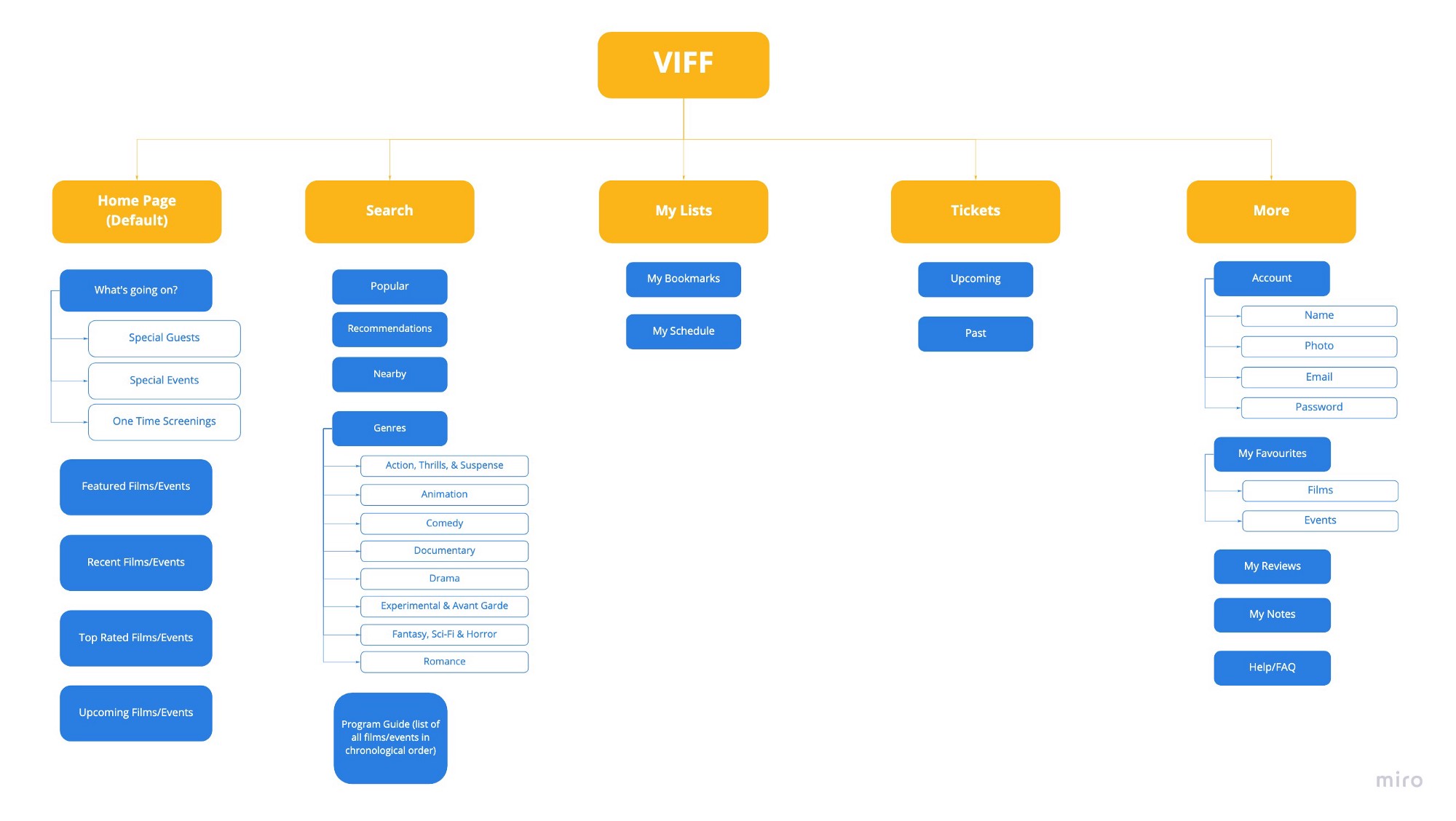 The user flow has an amount of different and complex flows, some of them are repeated such as VR Exhibitions and Talks. So we decided to simplify it and we coming up with new user flow. 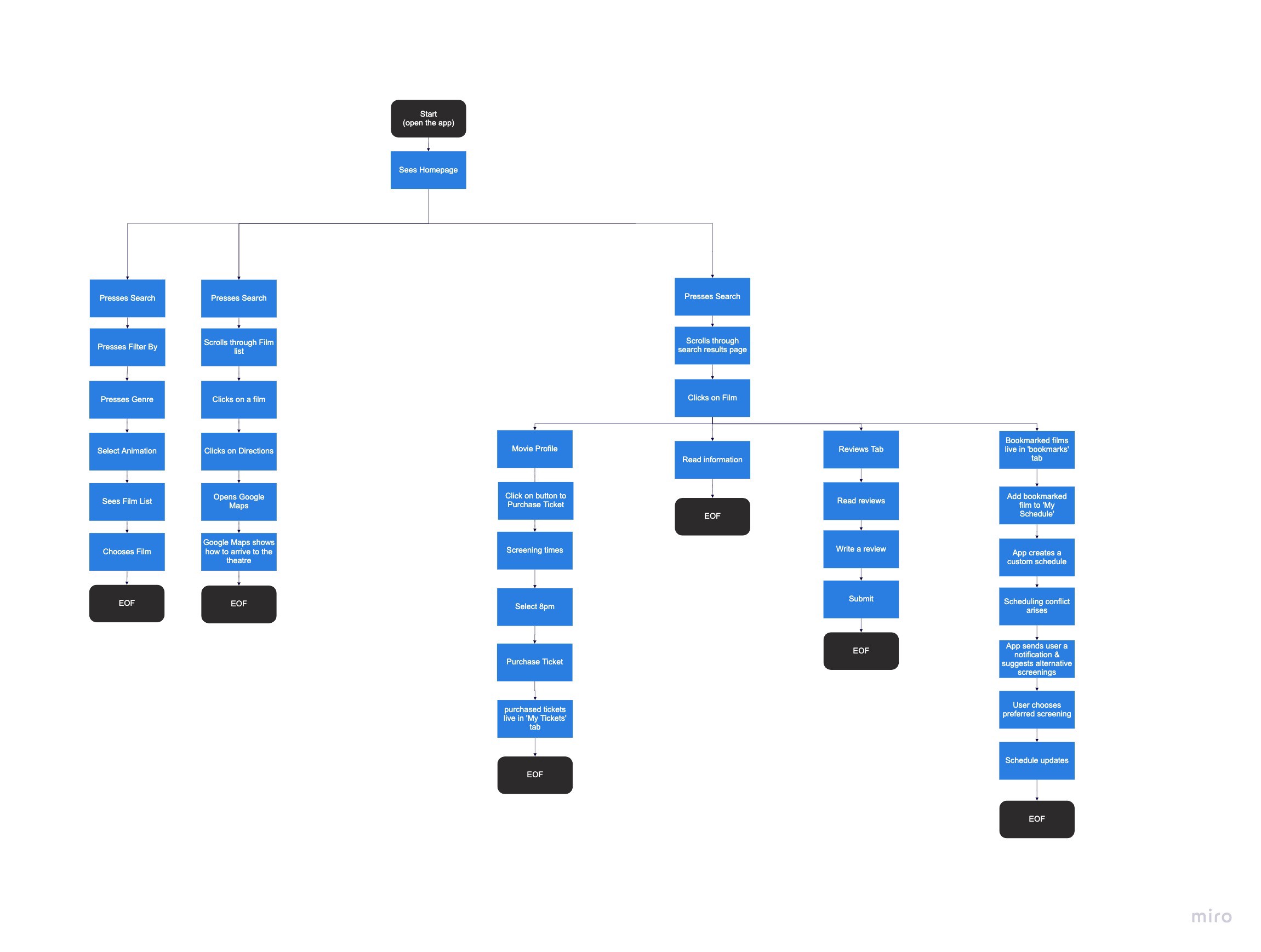 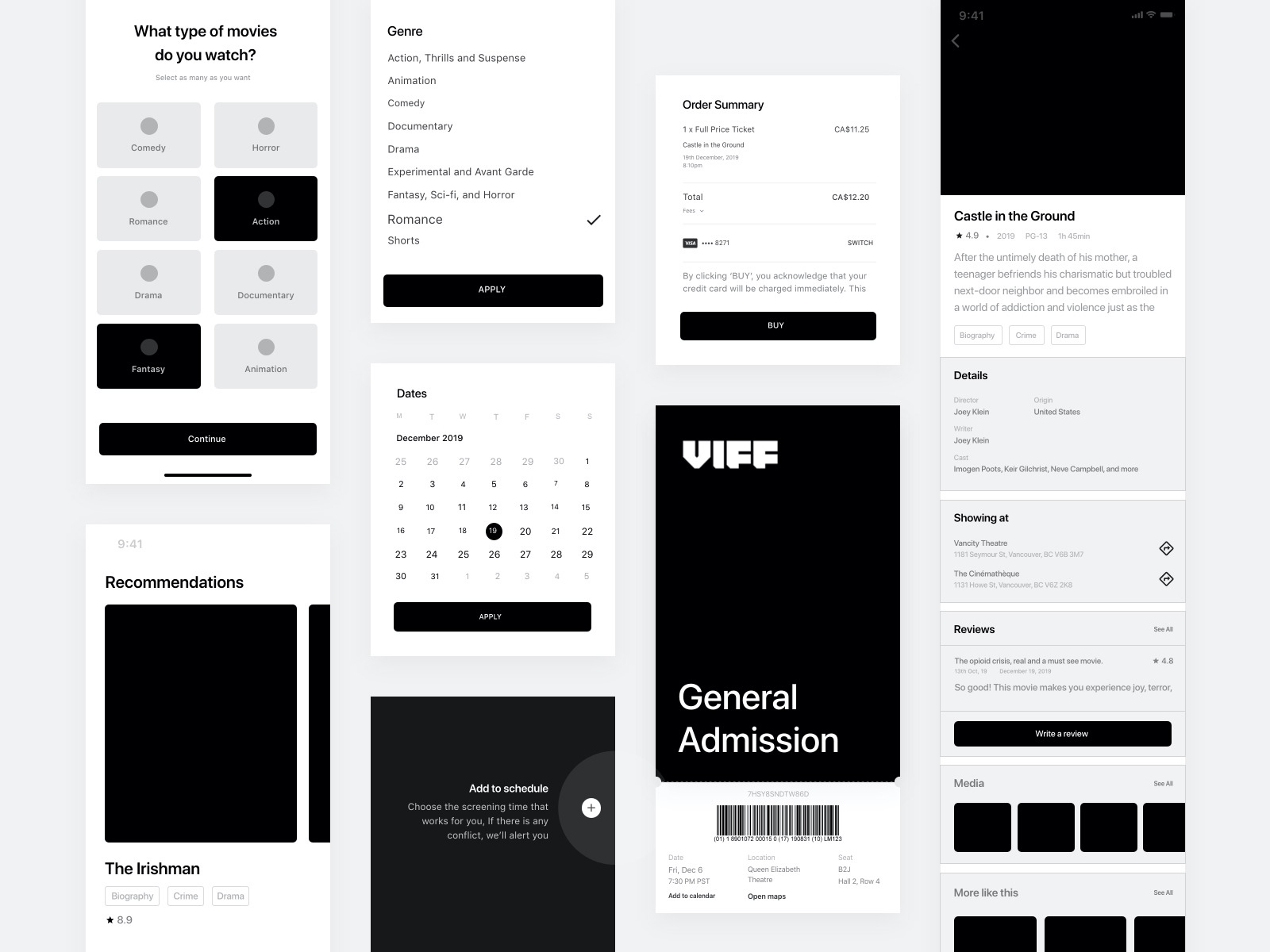 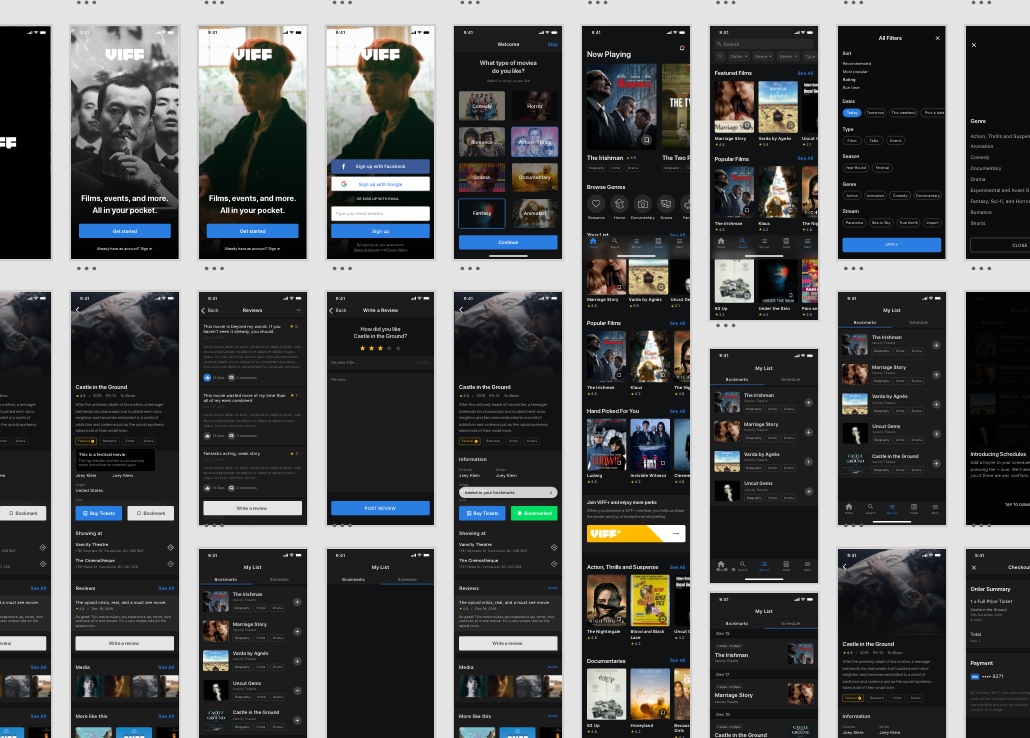 · Redesigning a more simple, efficient and clear app.
· Creating a more simple Information Architecture which reorganize all the features and contains more specific information: browsing and purchasing more than one ticket at the same time. Reading and writing reviews. Creating a filtering option while browsing.